The So-Called Wilson Dollar: A Medal for Several Different Collections 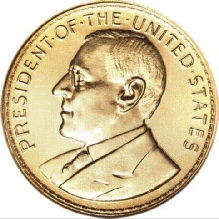 The Philippines were discovered by Ferdinand Magellan in 1521 and conquered by Spain in 1565 which ruled the islands for more than 300 years. The islands were named after King Philip II of Spain. Following the U.S. victory in the Spanish-American War, the Philippine Islands were ceded to the United States by treaty on December 10, 1898. Filipinos, unable to obtain complete independence from the United States after the war, started guerrilla warfare February 4, 1899 which only ended in April of 1902, slightly a year after the capture of their leader, Emilio Aguinaldo on March 23, 1901.

In 1902 President Theodore Roosevelt signed a bill authorizing a separate coinage for the Philippine islands. The designs and denominations served a dual purpose: showing United States sovereignty over the islands, while maintaining the Peso denomination already familiar to the islands. Starting in 1903 coins were struck in denominations of One Half Centavo (1903-1908), One Centavo, Five Centavos, Ten Centavos, Twenty Centavos, Fifty Centavos and One Peso to replace Spanish colonial issues then in use. Unlike the Spanish issues, the United States did not strike any gold for use in coinage for the Philippines.

United States-Philippines coinage was struck at both the Philadelphia (1903-1908) and San Francisco Mints (1903-1920). These issues have become the only "colonial" coinage ever struck under U.S. authority. During this period, the Bureau of the Mint, U.S. Treasury Department, proceeded with plans for the Islands to have their own mint. These coins, along with the subsequent issues up to 1945, are often collected as a separate series of United States issues and in fact are commonly listed in major coin reference books, such as The Guide Book of United States Coins (aka "Redbook"). 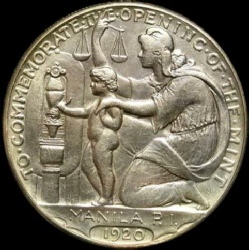 The Manila Mint had been closed since the late 1800s (when it was operated by the Spanish) but the demand for locally minted coinage had increased, requiring the opening of a local minting facility. The building was refurbished, electronically operated coining equipment made in the Philadelphia Mint machine shop was sent to the islands and the Manila Mint formally opened in 1920. When the Manila Mint opened under United States administration, it became the first (and to date the only) U.S. branch mint located outside the Continental United States. The Manila Mint produced coins from 1920 to 1922 and then again from 1925 to 1941, when the Empire of Japan invaded and occupied the Philippines during World War II. The Mint was operated under Japanese auspices during the occupation, although no Japanese occupation coins were issued. No United States coins were ever struck at the Mint again, although U.S. coins for the Philippines were struck at other U.S. mints in 1944 and 1945. The Mint Building itself was destroyed during the American-Filipino liberation of Manila in 1944.

The commonly called "Wilson Dollar" was the official medal produced to mark the formal opening of the Manila Mint. In addition, it was one of the first items produced at the Mint. The medal designer, Clifford Hewitt, installed the Manila Mint equipment and instructed Filipino natives in its operation.

The obverse of the medal features a bust of U.S. President Woodrow Wilson facing left. Wilson was President at the time of the opening of the Manila Mint. The words: PRESIDENT OF THE UNITED STATES appears above the portrait around the beaded border rim. The design was by Clifford Hewitt. George Morgan, perhaps best known to collectors as the designer of the Morgan Dollar (1878-1921) executed the dies at the Philadelphia Mint.

The reverse of the medal features a representation of Justice kneeling and holding a balance scale in her right hand, and watching over a nude youth pouring coin planchets from a cornucopia into a coining press. The reverse design is also credited to Clifford Hewitt, and George Morgan produced the dies at the Philadelphia Mint. This design did not strike well, and most mint specimens are found with a somewhat mushy looking strike, particularly on the bronze specimens.

The medal is commonly referred to in many numismatic publications as the Wilson Dollar, although in reality it is a medal, and carries no denomination nor has it ever been considered legal tender.

This official medal was produced in silver and bronze for sale to collectors. In addition, five were struck in gold as presentation pieces. All three medal varieties were struck with medal rotation, plain edges and measure 38.1 mm.

A total of 2,200 were struck on silver planchets identical to those used on United States Silver Dollars of the period. The silver issues weigh 27.22 grams; composition .900 silver, .100 copper. The bronze issue is 28.01 grams. A total of 3,700 were struck in bronze. 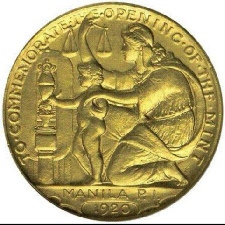 The original issue price for the silver medal was One Dollar. The bronze version sold for Fifty Cents.

The gold medal was made solely for presentation purposes and was not offered for sale. Of the five gold pieces, one was presented to President Wilson, another to the U.S. Secretary of War, Newton D. Baker and three were retained in the Philippines. Of the five specimens struck, only three are presently accounted for.

As the mintage figures would indicate, the gold piece is very rare, with only three examples known to be still in existence. Of the three, two are listed as graded by NGC. The current NGC Census Report indicates that one grades MS-61 and the other MS-62.

The bronze and silver issues are difficult to find in choice mint condition, and prices have been moving steadily higher. Auction prices are all over the place on both the silver and bronze specimens, a bronze specimen, described as Red-Brown but not slabbed by any of the grading services auctioned off for $1100 earlier this year, silver specimens show a similar pattern, with one example grading NCG MS-62 being offered on eBay "Buy It Now" option trading for $1,700 in July 2008.

The silver issue is easier to locate in true mint state condition than the comparably higher mintage bronze specimen. Census figures for the major grading services also reflect this trend. At the time of this writing, NGC's online census reports indicates a total of 73 silver Wilson Dollars having been graded, with one grading AU-55, eight as AU-58, seven as MS-61, nineteen as MS-62, twenty-three as MS-63, eight as MS-64, and seven as MS-65.

NGC reports show that for the bronze issue, one is graded as AU-53 BN (Brown), five AU-58 BN, one MS-62 BN, and three as MS-63 BN. Bronze specimens indicating Red-Brown are reported by NGC as one AU-55 RB (Red Brown), four AU-58 RB, six MS-62 RB, and one MS-63 RB. There are no reported fully red specimens graded by NCG, and the highest grade for either Brown or Red-Brown specimens is MS-63.

According to ANACS on-line census report, only one bronze medal is graded with the Red designation, it grading as MS-62. There are three Wilson bronzes graded as MS-60 BR (Brown), with one MS-61 BR, two MS-62 BR, two MS-63 BR and one MS-65 BR. The Wilson Bronze in Red-Brown shows and interesting pattern, with only eight coins so designated, seven are MS-62 RB, and one MS-63 RB. In addition to the mint state pieces, ANACS also has graded nineteen bronze medals in grades from extra fine thru AU-58. As these medals are now getting to be very expensive, it is recommended that collectors only purchase examples that have be graded by one of the major grading firms, especially when purchasing the bronze specimens which seem to have suffered more environmental damage as well as improper handling and cleaning. At the very least be very wary when purchasing the bronze medal, as the bronze seems to have suffered more damage over the years to make this higher mintage medal very scarce in true mint state. In addition, fakes are known for both the silver and bronze issues.

Thus, the medal has collectors of four different series seeking examples for their collections.

Besides the unique occasion that it commemorates, and as well as its inclusion in several different sets, the medal is interesting for another reason: in 1942 about 16 Million Pesos in silver coin were crated and thrown into the sea near Corregidor to avoid seizure by the invading forces of Japan. Included in this mix were a substantial but undocumented number of unsold silver and bronze Wilson Dollars.

Since the end of the World War II, well over 10 million Pesos have been salvaged, along with a large but undocumented number of Wilson medals in both silver and bronze. The majority of the coins and medals recovered are heavily corroded from their decades long immersion in salt water. Sea-salvaged specimens of these battle weary medals, commemorating a mint that itself was destroyed during the war, occasionally appear in the collector market, and are avidly collected. I have seen the sea-salvaged medals go for as much as $400, and ANACS also slabs but does not grade, sea-salvaged specimens. 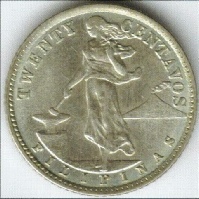 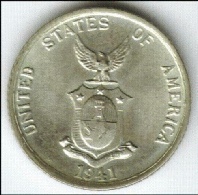 Although a large number of these medals were dumped off Corregidor to avoid capture, enough examples had migrated to the United States mainland between 1920-1942 so that mint examples can be found. This issue is usually found with a softer "mushy" strike especially on the reverse. Although it has a higher mintage than the silver issue, the bronze issue is more difficult to find in mint state, and usually has a somewhat greasy looking appearance. Also, like U.S. Commemorative coins from the 1892-1920s period, these medals are often found with some minor wear. Thus, nice examples are very difficult to find in the market.

For collectors interested in an attractive medal commemorating the opening of America's most western Mint, the Wilson Dollar is a challenging and thoughtful addition to several different collections.

Lange, David, History of the United States Mint and Its Coinage, Whitman Publishing, 2005.