Summer 2002  How I Began Collecting Coins 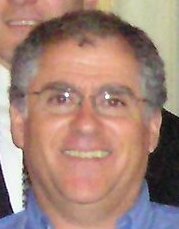 I was recently invited to give a lecture to the Flint Flying Eagle Coin Club, where  I was to talk about my exhibits. Five minutes before the lecture was to begin, I decided to  start with something different. What is more important in our hobby than starting to collect coins? Sometimes we forget how we all started. I would like to see this become a corner where more of us, one at a time, share our own stories about how we started collecting. I challenge all the members to submit their stories about how they became involved in coin collecting. Here is my story.

Back in 1976, after my wife and I married, we lived on Michigan State University’s campus. I was in charge of doing our laundry, so once a week I marched to the University Village laundry room. Back then, one load of laundry cost 50 cents. There was a big money changer machine there, where I would change paper money to quarters. Anyway, one day when I changed money, I noticed that I was getting many older coins. I received buffalo nickels, early date Washington quarters, and silver dimes. I became very curious, and practically went through the machine?s entire inventory, spending more than an hour in the process.

The laundry was all forgotten, while I admired the treasure I had just discovered. Later, I discovered Littleton, which was heavily advertising their pennies in T.V. Guide.  Liberty Coins of Lansing was discovered next, where my measly budget as a

student did not let me spend too much on coins. I became more involved in coin collecting, becoming a customer of the U.S. Mint, purchasing proof sets and admiring the big coins there, the Ike Dollars. I joined the Lansing Coin Club in the mid-80s. I was

enriching my numismatic knowledge by reading the Numismatic News, purchasing from its advertisers, and getting burned. This was discouraging, and I almost lost interest in collecting. However, I was improving in coin grading and decided to stay close to home in my purchases.

Another cheap way to increase my coin holdings was going through rolls purchased from banks. I found nice coins in this manner. A lot of silver coins, old wheat and bronze pennies, even a nice looking 1938 D, which turned out to be a VF, 3-legged buffalo nickel! I was encouraged to join MSNS, and to exhibit. I was not very good at it in the beginning, but with some help and watching the pros, I improved. Exhibiting is a very rewarding experience. First, you enrich your knowledge in specific areas, and if you are good at it, you are rewarded with a nice coin for your efforts. For me, there is one more goal to win Best of Show, which I’ve been told I came very close to. One of these days...   I encourage all members to be exhibitors in shows. It is not as hard as you think.  You can ask for help from seasoned exhibitors, who will be glad to help you. So let’s do it!