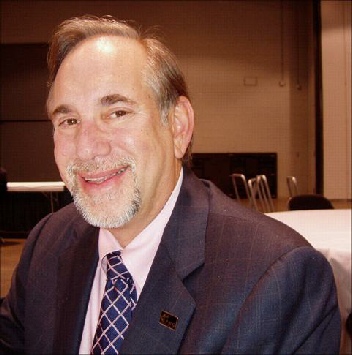 In this issue, we’re featuring Don Kagin, known by all of us in numismatics. I’ve been trying to schedule an interview with Don for a long time, and finally caught up with him at the CSNS Show in Cincinnati.

Don was born in Des Moines, Iowa. According to Don, he started collecting coins at an early age. When he was five or six years old, he started sorting wheat cents for his father. But he actually started collecting at about age 10. He remembers going to coin clubs, including a club at the YMCA. During the craze around 1963 for rolls, proof sets and mint sets, he remembers the teletype at his fathers office reporting the variations in value. As a youth, he had thought that the value of coins could only go up.

He was surprised to learn that it could also go down. Don put together his first Whitman blue book at about age 11. He worked during the summers for his father for as long as he could remember, at the Hollenbeck Kagin Coin Company. In the early 60s, he attended his first coin show, in Mason City, Iowa. At first he was interested in pennies, and later in silver dimes and quarters. He was exposed to auctions early on, thanks to his father. Don was cataloging for him in 1968. He was going to college and cataloging part time for auctions.

In college, Don was working on a degree in history. In talking to the provost at Northwestern University, he was told that he could earn an ad hoc major in numismatics. This involved finding professors to work with him in the field of arts and sciences, and a lot of independent research. He was able to combine many facets of numismatics into his education, including history, economics, political science, foreign language, religion, etc. When he graduated in 1972 with a BA degree in numismatics, Don was the first person in the country to earn such a degree.

He went to work for his father, and the name of the business was changed to Kagin’s. The three Kagins were Don, his father, and his uncle. Don’s father was his first mentor. As he started writing and doing research articles in the late 1960s, Eric Newman was his next mentor.

After taking courses toward an MBA degree, Don learned from Princeton University that if he qualified, he could become a candidate to earn a doctorate degree in numismatics through the Union for Experimenting Colleges and University (an offshoot of Antioch in Yellow Springs, Ohio and now called the Union Institute and University). His professors included Douglas B. Ball, who was his professor in currency, Dr. Ted Weisbuch, Walter Breen and Henry Clifford, while John Ford was an adviser in the area of his dissertation on pioneer gold coinage. The latter led to the award winning publication of the reference work in the field, Private Gold Coins and Patterns of the United States.

Don left Des Moines for California in the early 1980s. He opened Kagin Numismatics Services, which was the first company to be IRS approved for putting coins into IRAs and Keogh plans. Kagin’s dealt extensively with financial planners, and at one time had offices in Sidney, London, New York, Los Angeles and San Francisco. However, after the market turned, they kept only the San Francisco office open.

In 2005, Don’s father was awarded the PNG Ambassador Award. Unfortunately, he passed away a week before the ceremony. Don accepted the award on his behalf. The next year, Don himself received the same award. He is extremely proud of receiving this award. Don also received the ANA Glenn Smedley Award, an Ambassador Award from Krause Publications, the Presidential Award twice, and a number of others. He is a member of several societies and clubs, and was on the board of ANA for four years. Don worked for 15 years to help restore the Old San Francisco Mint, to build a money museum there. In the course of that endeavor, he was instrumental in getting a bill passed in Congress, for the striking of commemorative coins, which eventually raised $4.7 million for the redevelopment of the San Francisco Mint, known as “Granite Lady.”