In 1954, a nine-year-old boy noticed that he had a Lincoln cent with the year of his birth (1944), which also had an “S” below the date. He asked his mother what the “S” stood for, and she told him to look it up. This was the beginning of over a half century of coin collecting for young Tom Klunzinger.

Soon after this incident, Tom acquired his first Whitman blue folders from Link’s Sport Shop in East Lansing. Although Link’s had rare dates for sale, he quickly learned that the best place to find most of the coins he wanted was by searching through a big bag of 5,000 cents that came from East Lansing State Bank. And this is how Tom spent many of his Saturday mornings. In 1955, Tom and his friend Bill Bachmann heard from a friendly bank teller about “a whole lot” of Barber coins and Liberty nickels that an elderly lady had turned in for cash; but unfortunately, those coins had been sent to another bank. Through the same teller, they were invited over to old Doc Mercer’s house; he took them to his basement, removed a panel from the wall, and took out several metal boxes full of $20 gold coins--which he noted were illegal to own. They were told they’d “better not tell anyone.”

In 1956, young Tom subscribed to the Numismatic Scrapbook Magazine. Each month he eagerly looked forward to the many coins offered in it. He joined the Lansing Coin Club (#73), which met in a downstairs room at the Lansing State Journal building, where he was able to trade duplicates for the scarcer coins he desired. Eventually, in 1958, he found it necessary to buy the two Lincoln Cents which he hadn’t been able to find: the 1914-D and the 1909-S VDB, which cost $32.50 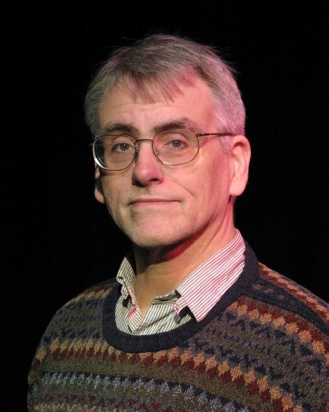 (!) in Fine. (He sold it six years later for $140!!) Having completed most of the current series from circulation, for most of high school he set collecting aside, returning to it during his freshman year at Michigan State University, when he was earning his own money. By that time, he had subscribed to Coin World, and tried to upgrade his later sets to “uncirculated” several times, only to have his money order returned with a “Sorry, sold” note.

Exhibits required a fair amount of work, the 1987 exhibit remains a sentimental favorite, since it was a one-coin exhibit, and that one coin was something I just kind of stumbled upon, and its acquisition led to the above-mentioned research (which required a trip to London), the CNA Journal article and the trip to Colorado Springs as a result of winning the Best of Show.”

When Tom began collecting and looking through lots of change, there were still good things in circulation. He says that this might still be true today, with all the varieties and doublings that the “microscope collectors” have brought to the public’s attention.

Tom’s advice to young collectors is to start with that time-honored phrase, “Read the book before you buy the coin.” Become familiar with some aspect of history that interests you, whether it’s American, English, or of the ancient world. Then pursue those numismatic items which illustrate the period in some way. “While you certainly can’t get them in circulation as in the old days, there’s enough material available in the market that you don’t have to spend a whole lot of money to acquire worthwhile items.”

I still follow that advice last year Pope Benedict XVI thrust the relatively obscure Byzantine Emperor Manuel II into the contemporary spotlight; and the more I read about Manuel II, the more I wanted to illustrate a particular period in his life through contemporary coins, so that’s what I’m working on now, slowly because the coins are not readily available. But that’s the fun of it--looking and looking, then finding what you want in some obscure place. (And then maybe making an exhibit out of it!)” In the late 1990's Tom became interested in coins of the Byzantine Empire, 476-1453 A.D. (and is now Treasurer of the Association of Dedicated Byzantine Collectors). I have known Tom for many years, since the mid-1980s, and am always amazed at the things he accomplishes in a day. It makes me wonder how many hours are in HIS days...

Beside his coin collecting and his regular work, he spends time with his numismatic friends in the many coin clubs that he belongs to, traveling to practically every major show around the country and world. He is also involved in politics and theater. He is a very good actor and writes screen plays as well. Starting November 23 Tom will be playing the King in the children’s musical “Rumpelstiltskin” at Riverwalk Theatre in Lansing.