How I Got Started in Numismatics Featuring Leon Hendrickson

How I Got Started in Numismatics  by Dany Rothfeld

This is another installment in our series of interviews of MSNS members. This one is a good one, of a very colorful member, Mr. Leon Hendrickson, from SilverTowne.

Leon Hendrickson was born in a farmhouse in Union City, Indiana, which is only about 5-10 miles from where he lives now. He started collecting coins after 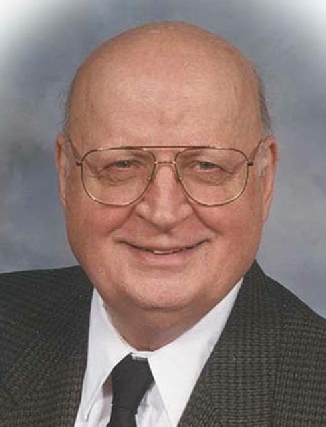 he returned home from the navy in 1949. He was in the restaurant business, skating rink business, farming, and ran a rural mail route. He used all the money he could afford to buy coins, which he put in a cigar box under the cash register. While in the restaurant business, he thought that if he could ever get $10,000 ahead, he would really have it made. But he found out that once you saved $10,000, you were really just starting. Leon wished he had started collecting coins at an earlier age, but didn’t realize the fun and energy of collecting until later on. He would enjoy sitting down and eating popcorn in front of the fireplace at night, when he could read about and research coins. He would learn from reading publications and what others wrote, and looking at the advertisements. As a collector/dealer Leon started his business with his wife. Their children helped out. Then he hired two more people. He had the coin business and the restaurant. He put the coin business above the restaurant, and hired more help. Then he moved the business to his house. There were at least 20 employees at the house.

“In the 60s, we got to buying silver certificates; that really got to be a big business. The bank financed it until they were sold. Then we got to buying silver bags. The bank helped finance, and we bought truckloads of silver bags. In 1980, gold went up to $800/oz. and silver to $50/oz. We used to have people lined up down the road for 1/4 mile in each direction. We had an elevator built in the house, and built a big vault, as well. There were 2 or 3 smaller safes. People brought coins in to sell, in every room of the house.” The greatest volume of business he had was in 1980, when they did over $400 million worth of business! His wife talked him into moving the business out of the house. He built a new shop, then put on 2 or 3 additions, and now has over 40,000 square feet in the total operation. Now they melt, pour, and stamp silver ingots. They melt gold and silver, and sell other items, such as jewelry and sports-related items for children. The business grew and now has over 100 employees and four gigantic vaults. “We ship about 3,000 packages a day. We use FedEx, UPS, USPS. All three come in at least once or twice a day...We have two semi docks for FedEx, and when the packages come off the conveyor belts, they’re weighed on a scale. The computer and scale will tell them how to ship the most economically--FedEx, UPS, or US Postal Service. That does it all for us. We have two people who only repair the computer and keep it operating.”

Leon has received numerous numismatic awards in his time, from the ANA, PNG, the Silver Round Table, and other organizations. He thinks he is the only man who served two terms as president of the PNG. He also served on the Indiana State Board, where he was president, and on the board of CSNS, as president and vice president. All of this has brought him great pleasure. Now 80 years old, he is still working about 60 hours a week. He has given the business to his three children and seven grandchildren, so he and his wife do not own it anymore. They just work there. Leon can’t think of anything that’s more rewarding than to meet collectors all over the U.S., talk with them on the phone and at shows. “It’s really an honor just to talk with some of these people...a lot of coin dealers have passed on that I knew in the early days, and I think that some of the nicest people have been associated with the numismatic newspaper. We’ve had some nice people in the ANA, in Central States, in all these organizations. We’re very fortunate to have coin clubs all over the U.S.” He says that the interest really starts at the local level, where education takes place and collectors meet each month and form friendships. Leon speaks to a lot of these clubs all over the US. He was in Michigan last year for one of the holiday parties. He says he feels blessed to pass on the good work of collecting coins. His message to children is to do the research, look at the coins, look at the beauty of them, look at the fun you are going to have. He tells people that they need more than just work. They need some kind of hobby. “You can collect coins sitting at home by the fireplace, drinking pop, drinking a bottle of beer. You can really enjoy it. Go out and buy the finest coin that you can afford. Buy a VG, buy a nice VG if you can. If you can buy a fine, do that. But don’t spend so much money that you don’t have anything left to do other things with. Most of the time, if you buy a few coins, collect them for the fun of it, you will be rewarded, not only by the enjoyment, but you will be rewarded financially, too. Go out, have fun, enjoy it, and enjoy life. You will never go wrong being a numismatist. I would say learn all you can. Build your collection up, get it out once in awhile and show it, but be careful because somebody might come up and try to rob you. My advice is to really enjoy life.”

A few of the people who inspired Leon were Paul Stoner, and Whipie from Indiana, Saul Kaplan, John Dowd from Albany, New York, who used to bring him thousands of $20 gold pieces from overseas. He’d bring them in every week. Leon says that John Love and Harlan White are still good friends, and very good numismatists. He also admires David Bowers, and Heritage Organization.   He says that 90% of coin dealers are nice guys. Leon feels good about having built up some very nice collections for collectors. He himself collects $20 gold pieces, by date, from 1850 on. He collected all the Carson City silver dollars, Carson City gold pieces, and has two or three large cent collections. Leon is very proud of all the awards he has received from ANA, PNG, Silver Round Table, and numerous other awards.